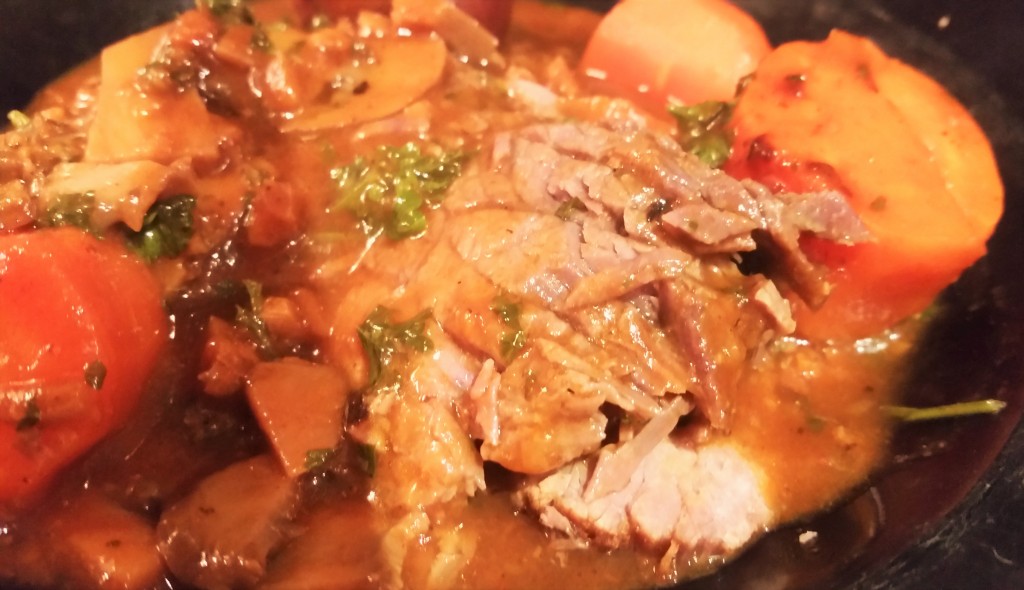 A friend gave us this recipe (which I believe she got from Cooks Illustrated) and it turned out awesome!! SO simple and SO delicious… 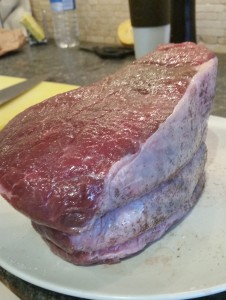 The recipe called for an Eye of Round roast but we used this Rump/Round roast instead. I’m thinking next time we make it we might try a blade roast… or I’ll just use whatever is in the freezer! 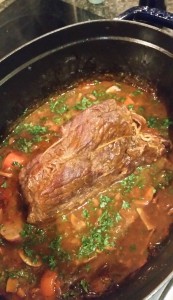 Ok so we didn’t actually use our slow cooker as it was in use making bone broth. The recipe worked out just great in our Dutch oven.

Trim any visible fat from the surface of the roast. Note that the roast needs to rest for at least 18 hours after salting.

Select below for more details on our products: